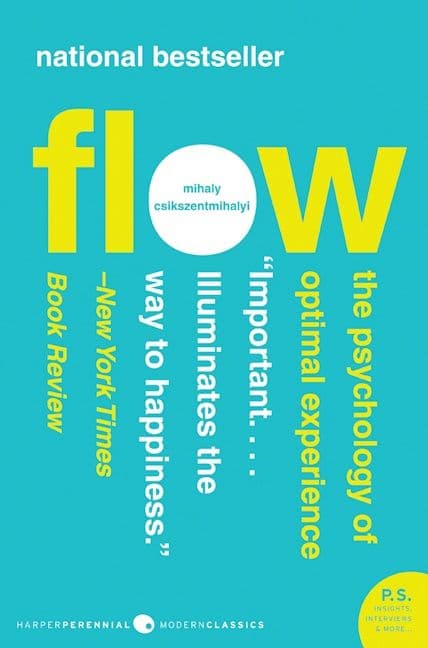 Religions are only temporarily successful attempts to cope with the lack of meaning inline. They are not permanent answers.

People can lose themselves on alcohol or the dreamworld of drugs

A person who cannot override genetic instructions when necessary is always vulnerable. Instead of deciding how to act in terms of personal goals, he has to surrender to the things that his body has been programmed (or misprogrammed) to do. One must particularly achieve control over instinctual drives to achieve a healthy independence of society, for as long as we respond predictably to what feels good and what feels bad, it is easy  for others to exploit our preferences for their own ends.

He may encounter thousands of potentially fulfilling experiences, but he fails to notice them because they are not the things he desires. What matters is not what he has now, but what he might obtain if he does as other want him to do.

This is not to say that we should abandon every goal endorsed by society; rather, it means that, in addition to or instead of the goals other use to bribe us with, we develop a set of our own.

If you are pained by external things, it is not they that disturb you, but your own judgement of them. And it is in your power to wipe out that judgement now.

The control of consciousness determines the quality of life

What then, does it mean to be conscious? It simply means that certain specific conscious events (sensations, feelings, thoughts, intentions) are occurring, and that we are able to direct their course. In contrast, when we are dreaming, some of the same events are present, yet we are not conscious because we cannot control them.

The limitation of consciousness is demonstrated by the fact that to understand what another person is saying we must process 40 bits of information each second. If we assume the upper limit of our capacity to be 126 bits per second, it follows that to understand what three people are saying simultaneously is theoretically possible, but only by managing to keep out of consciousness every other thought or sensation.

A flat tire was jeopardizing the job, and consequently it absorbed a great deal of his psychic energy. Whenever information disrupts consciousness by threatening its goals we have a condition of inner disorder, or psychic entropy, a disorganization of the self that impairs its effectiveness. Prolonged experience of this kind can weaken the self to the point that it is no long able to investigate attention and pursue its goals.

“You are doing alright.”

When people reflect on how it feels when their experience is most positive, they mention at least one, and often all, of the following. First, the experience usually occurs when we confront tasks we have a chance of completing. Second, we must be able to concentrate on what we are doing. Third and fourth, the concentration is usually possible because the task undertaken has clear goals and provides immediate feedback. Fifth, one acts with a deep but effortless involvement that removes from awareness the worries and frustrations of everyday life. Sixth, enjoyable experiences allow people to exercise a sense of control over their actions. Seventh, concern for the self disappears, yet paradoxically the sense of self emerges stronger after the flow experience is over. Finally, the sense of the duration of time is altered; hours pass by in minutes, and minutes can stretch out to seem like hours. The combination of all these elements causes a sense of deep enjoyment that is so rewarding people feel that expending a great deal of energy is worthwhile simply to be able to feel it.

Of course, if one chooses a trivial goal, success in it does not provide enjoyment. If I set as my goal to remain alive while sitting on the living-room sofa, I also could spend days knowing that I was achieving it, just as the rock climber does. But this realization would not make me particularly happy, whereas the climber’s knowledge brings exhilaration to his dangerous ascent.

The kind of feedback we work toward is in and of itself often unimportant: What difference does it make if I hit the tennis ball between the white lines, if I immobilize the enemy king on the chessboard, or if 1 notice a glimmer of understanding in my patient’s eyes at the end of the therapeutic hour? What makes this information valuable is the symbolic message it contains: that I have succeeded in my goal. Such knowledge creates order in consciousness, and strengthens the structure of the self.

Some people have fragile selves that need constant reassurance, and for them the only information that counts is winning in a competitive situation. Others have invested so much in being liked that the only feedback they take into account is approval and admiration.

Only when a doubtful outcome is at stake, and one is able to influence that outcome, can a person really know whether she is in control.

Thus enjoyable activities that produce flow have a potentially negative aspect: while they are capable of improving the quality of existence by creating order in the mind, they can become addictive, at which point the self becomes captive of a certain kind of order, and is then unwilling to cope with the ambiguities of life.

If we have become dependent on television, on drugs, and on facile calls to political or religious salvation, it is because we have so little to fall back on, so few internal rules to keep our mind from being taken over by those who claim to have the answers.

The same person can make the morning wonderful and the evening miserable. Because we depend so much on the affection and approval of others, we are extremely vulnerable to how we are treated by them.

Worries about one’s love life, health, investments, family, and job are always hovering at the periphery of attention, waiting until there is nothing pressing that demands concentration.

“Home is where you’re always welcome.”

It is much easier for a person to try developing her potential if she knows that no matter what happens, she has a safe emotional base in the family.

If parents threaten to withdraw their love from a child when he fails to measure up, the child’s natural playfulness will be gradually replaced by chronic anxiety. However, if the child feels that his parents are unconditionally committed to his welfare, he can then relax and explore the world without fear; otherwise he has to allocate psychic energy to his own protection, thereby reducing the amount he can freely dispose of.

A true friend is someone we can occasionally be crazy with, someone who does not expect us to be always true to form. It is someone who shares our goal of self-realization, and therefore is willing to share the risks that any increase in complexity entails.