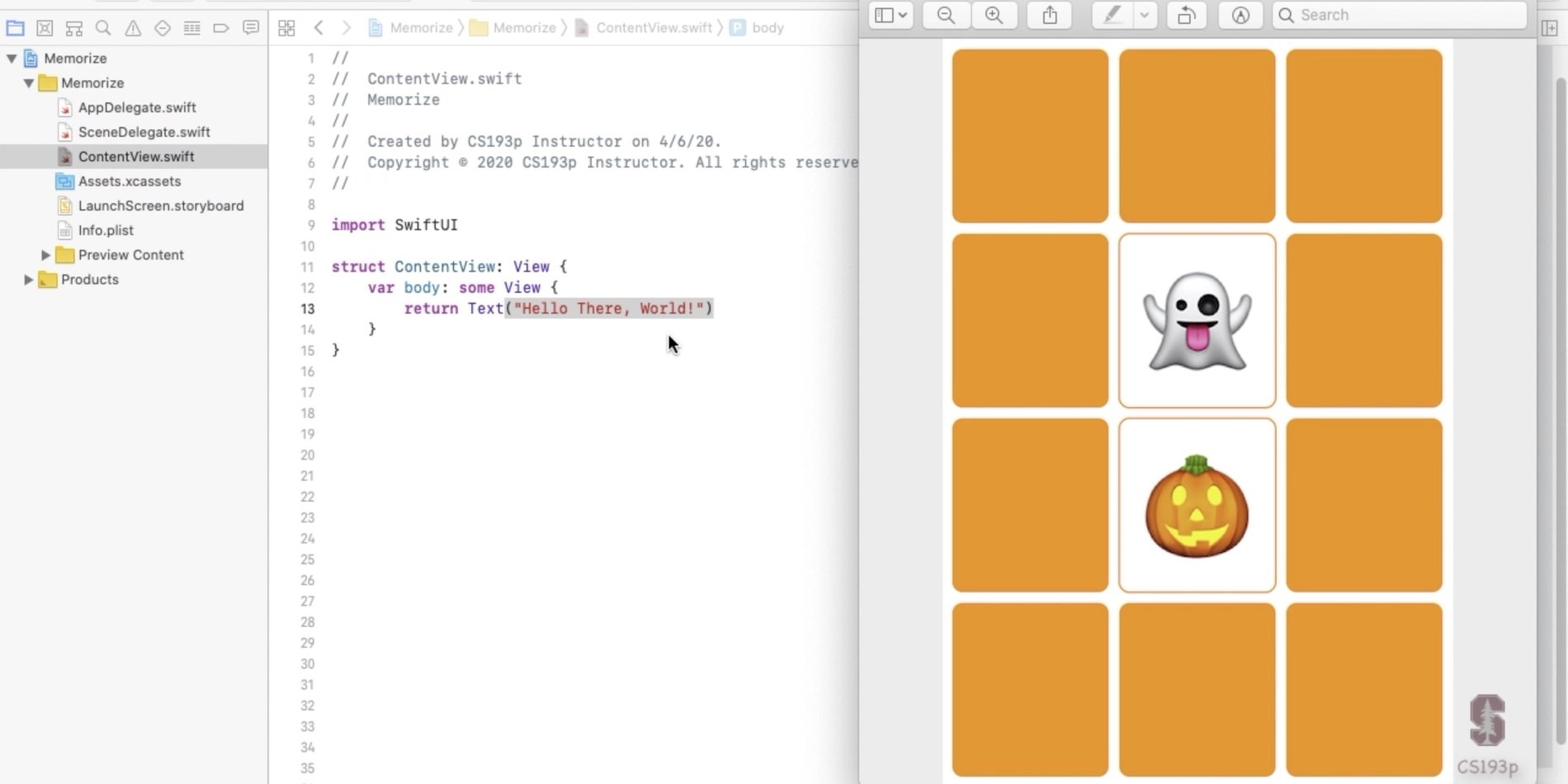 I’m starting to learn SwiftUI by following a course on Stanford’s Website called CS193p – Developing Apps for iOS. I took notes along the way and compiled them below.

All variables have to have an initial value

SwiftUI is a MVVM structure (Model-View-ViewModel)

In the ViewModel, the following is like an open door to the Model. So the View can see and edit the Model.

The below is a closed door, so the View cannot see the Model at all

And the below is like a glass door, where the View can see the Model but not edit it.

If you hold down the option key and hover over words you get a question mark icon. Click on the word you are hovering on and you’ll get a definition from the Swift documentation. SHIFT + CMD + O will also open the developer documentation

To rename a variable, struct, class, or anything Command click on the variable name and Choose “Rename” – this is refactoring.

When you change the model, the UI should always update

Add @Published in front of vars that you want to change and affect the model. That’ll call objectWillChange.send() every time the var is changed.

You can use an extension to add code to a struct or class. Example below.

Here’s how the on-screen space is handled by the views:

HStack, VStack, & ZStack (stacks on top of each other) divide up the space offered to them equally.
These views offer space to the least flexible elements first. Images are the least flexible because it always wants to be the size of the image. Text as well always wants to be the length of the text. A RoundedRectangle is very flexible and will fill the allowed space. Spacer(minLength: CGFloat) is a valuable element that always fills the space that is available but is blank. Divider() is another useful element that draws a line and is only the size of the line. That said you can use .layoutPriority() to change the spacing of an element within a view. The default layout priority is 0. An example is below:

ForEach defers to it’s parent container to lay out the views inside of it.

Modifiers ( such as padding() ) essentially contain the views they modify.

Generally when a view is offered space, that space does not include “safe areas” such as the notch on the iPhone X. It’s possible to ignore that defualt behavior with the below code:

When creating classes and structs, try to take any values or numbers out of the basic functions and put them in at the end of the stuct or class as variables or simple one-line functions with the commented out headline of // Mark: – Drawing Constants. This will serve as your “Control Panel” where you can tweak all the values in one place.