Zen & the Art of Happiness 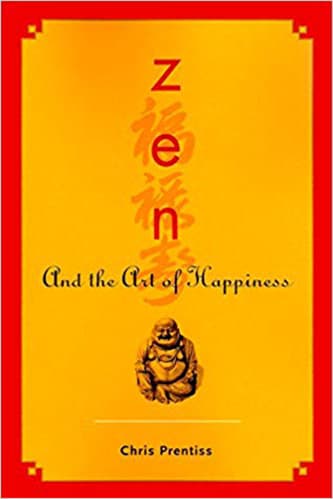 If who you are and what you have is what you want, if you’re satisfied with the conditions of your life, congratulations – do more of what you’ve been doing and you’ll get more of what you already have.

There is nothing either good or bad, but thinking makes it so.

If you really know how to live, what better way to start the day than with a smile? Smiling helps you approach the day with gentleness and understanding. Smile with your whole being.

Everything that happens to me is the best possible thing that can happen to me.

In the film What the Bleep Do We Know!? Dr. Joseph Dispenza explains that when a new cell is produced, it isn’t always a clone of the old cell but a cell that contains more receptors for whatever peptide it received that caused it to split. If the cell received peptides produced by emotions of depression, the new cell will have more receptors for depression and fewer receptors to receive feel-good peptides.

If you feel depressed for an hour, you’ve produced approximately eighteen billion new cells that have more receptors calling out for depressed-type peptides and fewer calling out for feel-good peptides.

The more you engage in any type of emotion or behavior, the greater your desire for it will become.

The event is only an event. It’s how we treat the event that determines what it becomes in our lives. The event doesn’t make that determination – we do.

How you conduct yourself along the path that is your life determines how your life unfolds.

The Universe wants to benefit itself to the maximum amount possible at all times, the positive outcome is the only outcome it will permit.

Just for a moment, imagine what it would have felt like and been like in our imagined story if we had known from the first moment that everything would turn out wonderfully well for us.

The universe always strikes at your weakest point because that’s what most needs strengthening.

This moment we call now is all that exists. When we live in the now, keeping our awareness and concentration on the present moment as Zen encourages us to do, we rein in our runaway imaginations not dwelling on the past, not worrying about the future, not judging events as they come and go.

Never say “I cannot” for you are infinite. Even time and space are as nothing compared with your nature. You can do anything and everything.

Everything that happens to me only happens so that I can be benefited to the maximum amount possible. Or say the short version: This is for my benefit.

Ouch I bumped my head! I must remember to pay attention and stay in the present moment. Thanks for the reminder.

In saying this I certainly do not ignore or minimize the hardships and tragedies of the world, but neither do I allow them to dominate.